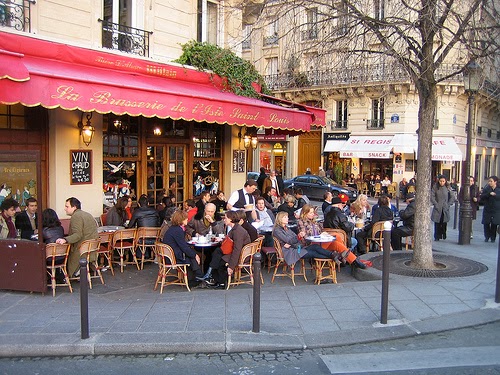 Not everything is political. Only some things are political. This is true because society is not merely the State.

While some people tend to lump all social interaction together under the heading of political interaction, not all of human life is about politics (except in Aristotle’s broader sense).

Rather, it is important to recognize the intrinsic goodness of other communal or social activities. All of the following are intrinsically worthwhile (though also corruptible) forms of human life: (1) sports, (2) corporate play, (3) corporate worship, (4) family life, (5) individual and social farming, (6) businesses, (7) guilds and other professional associations, (8) friendships, (9) clubs, (10) monasteries, (11) non-profits and charities, (12) hospitals, and more. All of these are equally important and valuable as political life.

The State, the Government, is only one sphere of human life. It has its own functions, its own liabilities and assets. It is essential to communal health, but the collapse of the other 12+ kinds of communities into the State is deadly for human flourishing.

In no particular order, here are seven kinds of political activity. My seven are somewhat different from the Seven Mountains concept.

Politicians are often the sole focal point of politics. But it should go without saying that politicians can’t and don’t do everything.

One thing politicians can’t do is remain full-time intellectuals. However, politicians need to have good justification for their actions and good arguments for their positions, hence #2. Intellectuals provide the historical and philosophical underpinnings that help politicians think and do well.

Furthermore, politicians need activists. Activists are willing to volunteer time, effort, thought, and advocacy to not only pass laws but to move the society in a particular direction.

That said, politics is downstream of culture. Put differently, The State is downstream of Society. Hence, culture warriors can be any people who produce excellent music, TV, film, books, stories, architecture, clothes which harmonize with and reinforce our worldview. These not only convert those who haven’t heard the message but encourage those who have.

“Culture creators” should probably include satire, for some creators are clowns (#1), but most are not. And some clowns do not create anything else but satire. That is as it should be. I think clowns play a different social role than other entertainers. There’s a reason why the Oscars don’t give a “best comedy” award; Will Ferrell is right that comedy is art, but it serves a different function.

Businessmen (gender inclusive) are money-earners and job creators who serve the community and use their wealth and voice.

Finally, the church and state should most emphatically not be mutually exclusive. The “wall of separation” Jefferson favored has never existed in U.S. History and is nowhere enshrined in the Constitution. In the U.S. Most church-goers vote and most voters go to church. Unless the increase of “Nones” continues to grow at its current pace (which I predict it will not), the U.S. will remain mostly religious until its dying day. Pastors have always and will continue to play a crucial role in politics. They not only speak truth to power, produce arguments, persuade their congregations through good arguments and moral authority – and of course, they pray to God.

These seven interlock but they are each distinct and all important.

Not everyone, of course, should be “involved” in politics in the sense of running for office or engagement in activism. Most people don’t vote. Most people are blessedly too involved in their families, friends, jobs, and hobbies to care too much about the State. And that is how it should be.