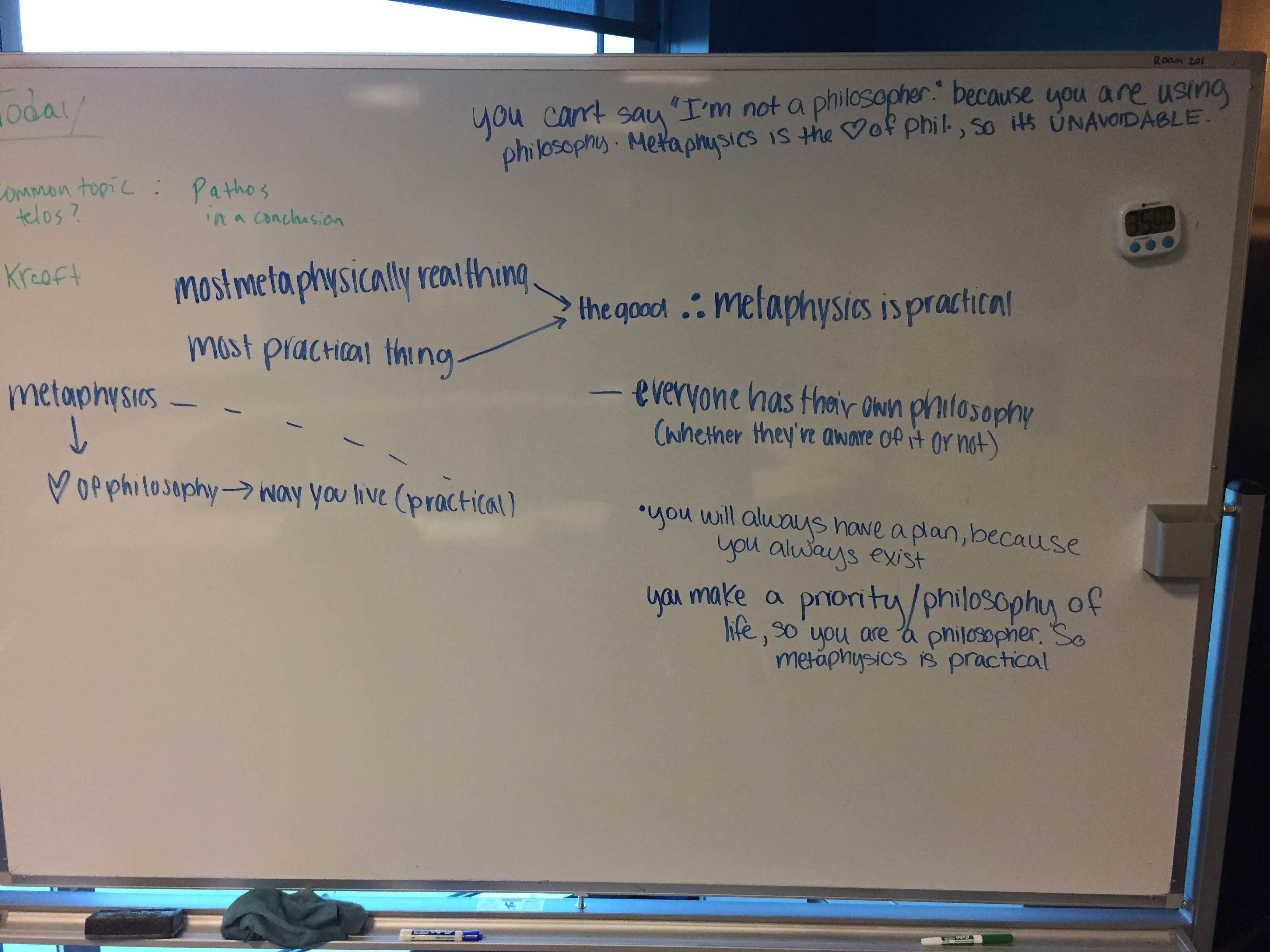 Overheard last week: A 16 year old said to her peers, “So, we all agree – metaphysics is practical. Does anyone disagree? No? Let’s move on to the next question.”

A bit of context: In my discussion classes, I have to use tricks to get myself to stop speaking and leave room for the students to talk. My thoughtful, attentive silence gives them an opportunity take responsibility for themselves, to shoulder some of the responsibility for directing the class, and simply gives them a chance to speak.

Last week, we were discussing whether philosophy in general – and metaphysics in particular – is practical. After setting up the question, I set a timer for 15 minutes and shut my mouth, pulling out some modeling clay which occupied my hands during my self-imposed vow of silence.

Using Peter Kreeft’s masterful “Summation of Philosophy”, students were able to consider both sides of this question of the practicality of philosophy. They came – without my prompting remember! – to a consensus that indeed philosophy is practical.

How could this be?

Obviously, philosophy seems impractical to most people most of the time. But there are surprising attributes of philosophy that must be taken into account.

Your metaphysics is your set of beliefs about what is real and (perhaps) even what is valuable. Is a fetus a person? Is God real? Is it possible to reach the end of life as a happy, successful, wise, and good old man or woman? These are metaphysical questions you probably cannot avoid having at least a de facto answer to.

Just as it pays to update your map of the terrain before you go on a hike, in case old paths have closed or new ones opened up, so it pays, then, to reflect on your metaphysics and adjust any errors or omissions in it, in case old priorities need to die or new ones need to be formed – so you can live a truly good life.