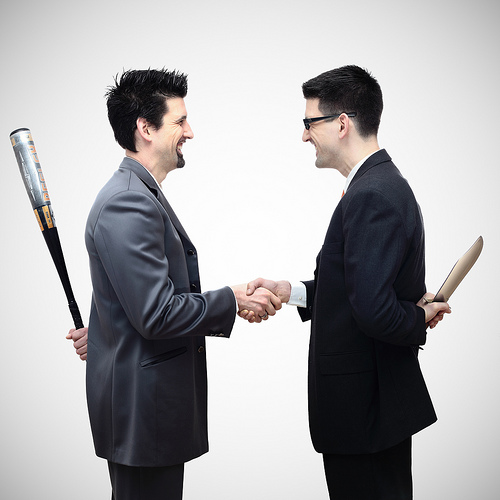 How do we influence each other’s beliefs and actions?

Suppose with me that there are three categories:

These exist on a spectrum of influence. We can use one or more to try to get another person to agree with us or to do what we want.

Two clarifications: first, I reject, on hypothesis, the belief that all persuasion is merely force. Argument is different from force. I know the “masters of suspicion” would deny this; but they can either argue that argument is ultimately a will to power (which assumes my point) or they can merely try to force me to agree with them. So they can either assume argument is different from force, or give up trying to prove it and try to force it, conceding that my hypothesis still holds true. So not all argument reduces to mere power.

And secondly, force is different from a third thing, which I shall call “pressure” or soft coercion. I am less confident that #2 and #3 are different, but let’s explore the issue.

Between force and persuasion is soft coercion. What is soft coercion? An example would be yelling. Sometimes my child finds broken glass at the park. If he picks it up before I can catch him, I tell my child, “That is dangerous, put it down.” To say this is to present him with an argument – an objective reason why he should put down the broken glass. If I yell, “That is dangerous! PUT IT DOWN!” I am exerting pressure. I am using soft coercion. (Force would be to grab the glass myself and throw it away.)

Soft coercion consists of, at least:

We can see all three categories in Republic I. Socrates is invited to stay in the Pireaus by Adeimantus and company; then he is threatened with force. He says, “What if I can convince you?” and they respond “What if we won’t listen?” Refusing to listen to reason is a kind of soft coercion against the speaker, rendering moot the power they have of presenting you with a good argument.

Is it plausible to maintain all three categories of influence as different genus or whether there should only be two (just persuasion, unjust coercion) or only one (the will to power)?

Quite obviously, the just authority of laws commanding one to do X, enforced by legal governors, is also a kind of pressure to X. But it seems to me that the law provides more than just pressure, it also provides a just reason to obey. Similarly, good arguments that p is true constitute a kind of “intellectual pressure” to believe p. But that pressure is not reducible to mere pressure; it is a reason to believe that p is true.

Force is sometimes just, sometimes unjust. Persuasion it seems to me is always just.

Pressure is sometimes just, and sometimes unjust — but when it goes bad it goes very bad.

Your thoughts? Do you think these three categories