“Orthodox Christianity is the authentic and original Christian Faith founded by Jesus Christ. As an Orthodox Christian you can experience heaven on earth through the Divine Liturgy which is mystical, spiritual, and beautiful, with its incense, icons, and sacred music. You can transcend time and space while you meditate upon the words and teachings of Jesus Christ. It’s the most pure form of Christianity – nothing artificial added. It’s the real deal.” – Valerie Zrake 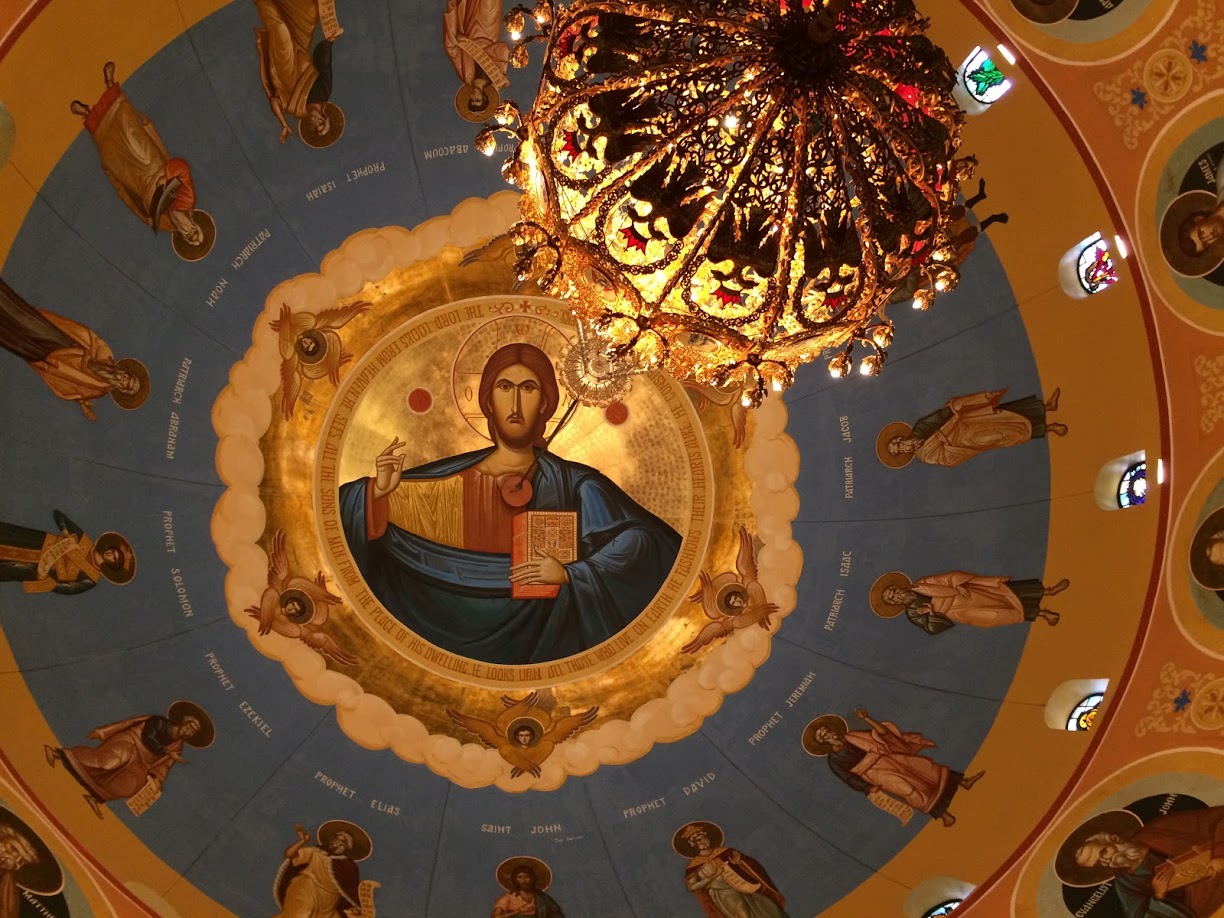 I became a Christian by confession when I was 5 years old, and by baptism when I was sixteen. The only period of time when I did not consider myself a Christian was the summer of 2002, when I declared myself agnostic. But more on that later.

I grew up in an evangelical protestant church in Anaheim, CA called “the Vineyard.” The Vineyard was started by John Wimber. My dad was a pastor of a Four Square church before he transitioned to radio and journalism. Nevertheless, after a spiritual awakening in the 70s, he became and remained firmly within the charismatic tradition.

In college, I and many of my friends researched various denominations: Wesleyan, Calvinist, Pentecostal, Seventh-Day Adventist, Episcopalian, Anglican, Baptist. Two that I hadn’t researched were Catholic and Orthodox. I didn’t know any Orthodox people (little did I know it, but one or two of my professors were Orthodox) and knew almost nothing about it.

I had no good answers to hard questions about the history of the church, the validity of the ecumenical councils, the nature of Christ, the unity of the church, and the apparent impossibility of living a holy life. After a summer of struggle, I became an agnostic. Still spiritual, but feeling the futility of the label “christian.”

Nevertheless, I felt something guiding me. My parents were divorcing and I was lonely at school, unable to connect with others and share my feelings. After this dark period, school began again, and I force myself to keep searching for community in church.

I attended an Episcopalian church for a year or so with a mentor whom I respected, and who showed me the value of liturgical worship – especially the Eucharist. That Episcopal church was wonderful, but it also had a priestess which is fine for other religions but not for Christianity.

In 2004, another (different) mentor introduced me to meditation. This became, for me, the bread and butter of my spiritual life. I stopped attending church altogether. My intellectual life, spiritual life, and social life were all operating somewhat independently.

I finally discovered the Orthodox Church, formally, in 2006, about two years after graduating college. My friend Jesse invited me to visit this crazy place he had been attending. He made me (and the six other guys we lived with) read a piece about the veneration of Mary. I read it; we discussed it. The argument, as much as there was one, amounted to the question: “Have you ever tried venerating Mary? It’s nice.” That was an argument (or rather, rhetorical question) that I had never heard.

After attending the Easter (Pascha) service at St. Barnabas Orthodox Church in Costa Mesa, CA, I was blown away by the beauty, the theological rigor, the abundance of psalms and gospels. I was also sickened by the icons, but came to learn more about how they symbolize the Incarnation. The church and its theologians and members made some bold truth claims. I had to investigate.

After a year of reading and attending and praying from the “little red prayer book”, I decided my questions had been answered and the truth claims of the Orthodox Church had been justified to my satisfaction. Orthodoxy boasts mystics, intellectuals, and lots and lots of regular people (about 200 million worldwide). In joining, my spiritual, social, and intellectual lives fused into an organic whole that was immensely intellectually satisfying and personally rewarding.

If you’re a Christian and curious to learn (academically) about Orthodoxy, from arms-length, start with Ware, The Orthodox Church

If you are spiritual but agnostic about religion, start with this documentary, Becoming Truly Human.

If you are an atheist, start with Seraphim Rose, God’s Revelation to the Human Heart or Dosteyevsky’s Brothers Karamasov.

If you are a Christian of some sort but you’re curious about learning seriously about Orthodoxy, go find a church near you and attend Saturday night or Sunday morning.