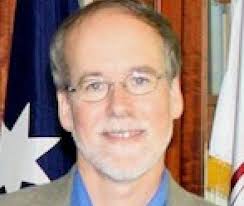 Professor of Philosophy at the University of Kentucky and author of Aristotle - East and West.

“The Concept of the Divine Energies.”  A talk that summarizes some of the main ideas of my book, _Aristotle East and West:  Metaphysics and the Division of Christendom.  _Presented to Philosophy departments at  Purdue University and the University of Pennsylvania, Fall 2006.

“A Christian Approach to the Philosophy of Time.”  Describes the thought of the Greek Fathers on time & eternity, with a brief suggestion for how it can be applied to the problem of human freedom & divine foreknowledge.  Presented at a conference on Christian approaches to metaphysics, June 2006.

“Christianity East & West:  Some Philosophical Differences.”  Summarizes the basic differences between the Augustinian, Thomistic, and Greek patristic traditions, viewing them in relation to their common sources in Plato.  Presented at Asbury College, November 1999.

“The Divine Glory and the Divine Energies.”  Discusses the divine glory as a source for the doctrine of the divine energies.  Forthcoming in Faith and Philosophy, the journal of the Society of Christian Philosophers.

“Christianity During the First Millennium.”  Briefly describes the origin of practices such as fasting, confession, and veneration of saints in the ancient church.  Written for my classes on the Middle Ages & Renaissance in the U.K. Honors Program.

You can read 28 papers and 14 book reviews on Academia.edu.